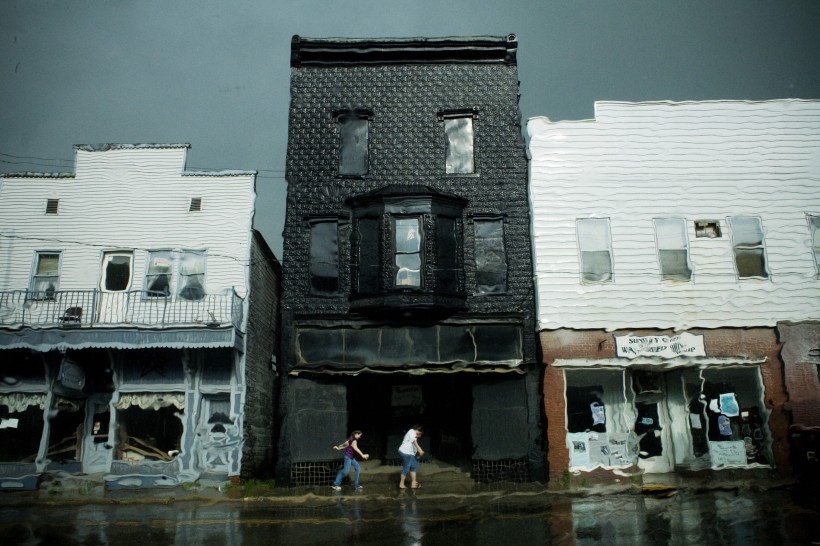 At the turn of the twentieth century, Glouster was a thriving community some three thousand strong in the mineral and coal-rich hills of southeastern Ohio. With its growing population, the town embodied the promise and prosperity of the region’s burgeoning industries. The wealth of coal in Appalachia must be “practically inexhaustible,” an Athens paper wrote. Glouster was dubbed “the Magic City.”

Half a century later, the land depleted, the resource industries cleared out, leaving Glouster and other places like it behind. Today, at half the size of its heyday and with nearly half of its residents living below the poverty line, Glouster struggles economically, but maintains what photographer Andy Spear describes as a “strong sense of both family and pride.”

In “The Magic City,” Spear documents summer life in an Appalachian town that let him in. 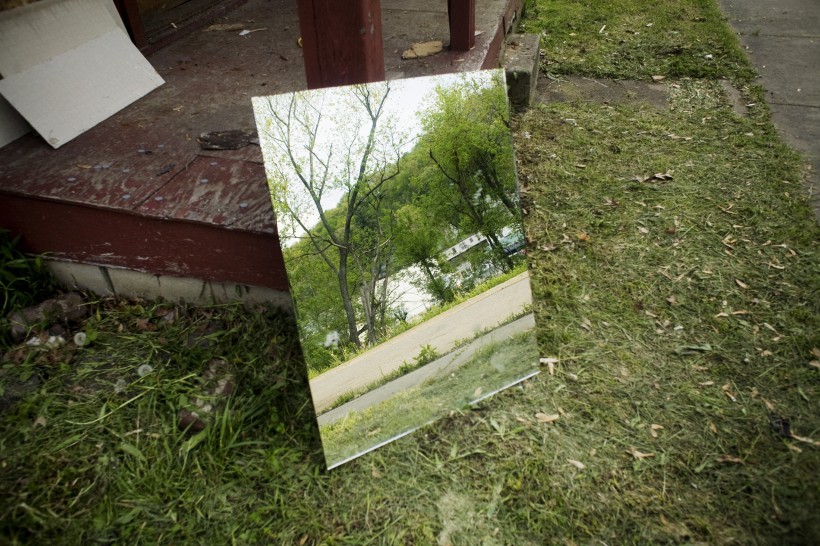 Suzannah Showler: Tell me a bit about your relationship to Glouster, Ohio.

Andy Spear: I grew up on a farm in a pretty small, rural town in northeast Ohio. Northeast Ohio isn’t Appalachia, but the region I’m from is largely defined by its Rust Belt roots. The nearest cities to me were Cleveland, Youngstown, and Akron. Not much further east, of course, is Pittsburgh. Needless to say there’s a huge amount of pride that stems from the history that speckles this landscape. Moving further south and east, the Rust Belt starts to blur with the northernmost tip of Appalachia in Ohio. It’s the same pride, same attitude, but generally less well-off economically.

When I left my parents’ after high school and moved to Athens, Ohio for college, I found myself in a place that felt very familiar culturally, but with differences. The actual town of Athens is certainly a bubble, but I’ve always been curious and a bit of a wanderer so I started exploring outside of town as regularly as I could. I fell in love. The landscape. The people. The restlessness. The awfully muggy summers. I’ve never really seen the area as where I went to school, or my college town, or what-have-you, but instead as a little slice of Never Never Land. I’ve been to a lot of places around the country, and nothing has quite spoken to me in the voice that Appalachian Ohio has. 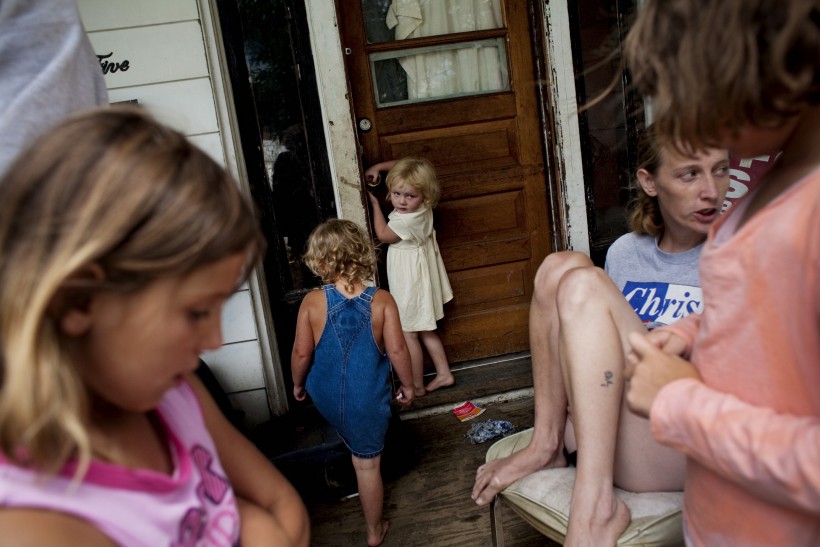 SS: How did you find your way to Glouster in particular? What drew you there?

AS: I don’t really rely on maps (although I could spend hours poring over them) or GPS and prefer to connect the dots on my own. Figure out the major roads and you’ll never be too lost. I drove through Glouster a few times with friends en route to a state park. I began going to Glouster alone, specifically, to meet people in the community.

The bulk of the work in the “Magic City” series comes from 2010-2011. At the time, I was living in a five-bedroom century home on the west side of Athens, totally alone. I didn’t really have any friends that I knew too well in town. I was photographing in Glouster three to four days a week and, in a lot of ways, the folks there who let me into their lives were the closest friends I had. I certainly didn’t see anyone else that often. We would grill out, go for drives, hang out in swimming holes, ride bikes around. Although a lot of rather dark moments took place in front of me, I think the feeling of a restless Appalachian summer is what really comes through in these photographs. 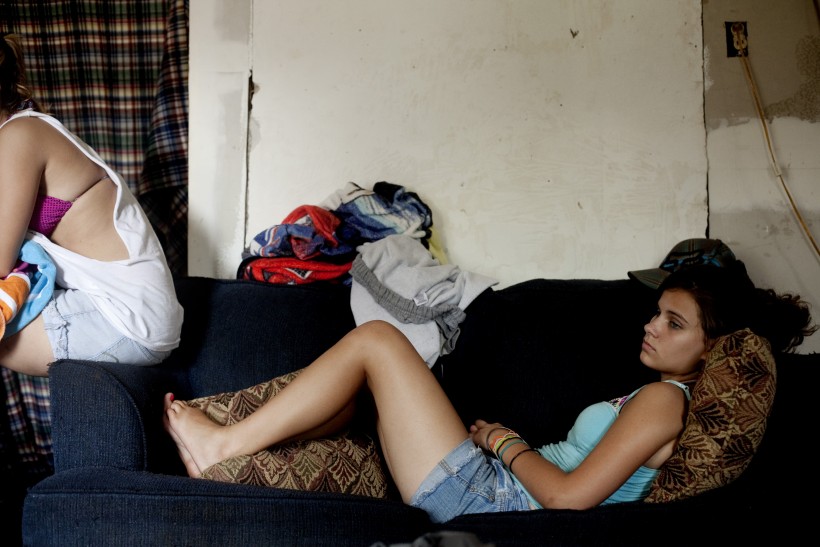 SS: I think of restlessness as an urge to go elsewhere that is, for one reason or another, impossible to act on. Do people want to leave Glouster? Can they leave?

AS: A lot of people do leave that town, and a lot of people come back. But the restlessness I think I captured has a lot to do with the season. The Appalachian summer gets really aggressively muggy, and there isn’t a whole lot to do. There’s swimming in all the lakes, in all the swimming holes. Maybe hanging out on the main strip, then going to someone’s house and all piling in a truck and driving somewhere. It’s what younger people do. They’re just kind of out, killing time. I keep coming back to the word “restless,” but not necessarily in a bad way. There’s a really pleasant quality about it, too. It makes me nostalgic for something I never really experienced. 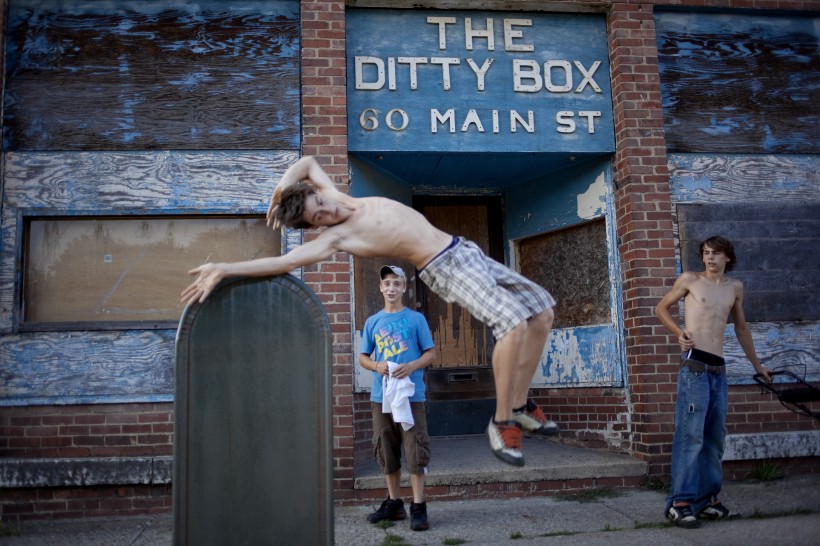 SS: That’s really interesting. To my mind, there’s something iconically American about what you’re describing. I feel like there is a kind of freedom in the restlessness that it’s easy to be nostalgic for.

At the same time, though, you mentioned dark moments taking place. And there’s another layer there because these moments are also taking place in front of a lens. How did your subjects react to the camera?

AS: I’ve never really noticed people reacting to it in particular. Because it’s always with me, I suppose I’m just the guy with the camera. Really, though, I spend hours, days, weeks with people in these intimate settings: their homes, their cars. I don’t usually photograph that much. What you see are the moments and things that I found important. I’ve never been much of a heavy shooter. The work eventually comes together but its certainly not a rushed process. I’m really interested in meeting and knowing people. In a lot of ways, it’s about the experience. 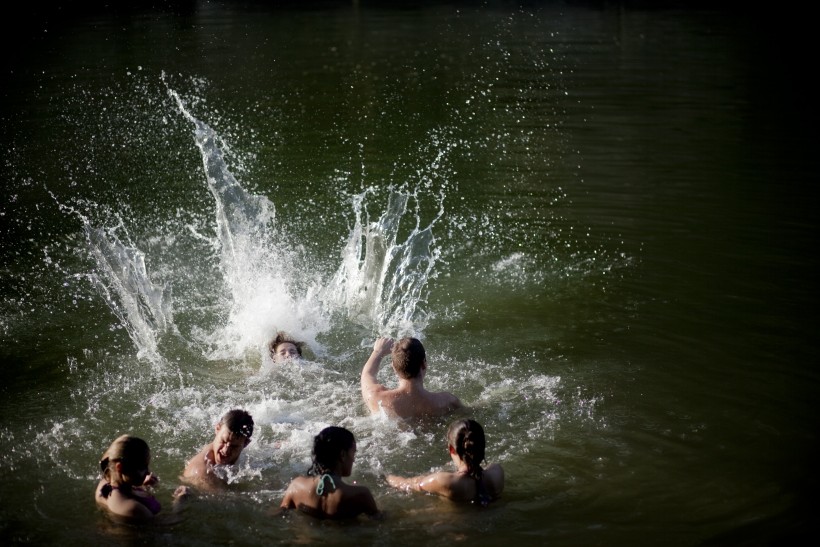 SS: It sounds like you were occupying this kind of insider-outsider role: you’re a regular, you feel this sense of recognition, you’re making connections with people, but ultimately you’re a visitor.

AS: Everybody works differently, but the way I work, I just spend a whole lot of time with people. My process is just being there, talking, getting to know. And at some points, you do start to feel like you’re an insider, like you’re no longer a guy who’s documenting something so much as you become a part of it. 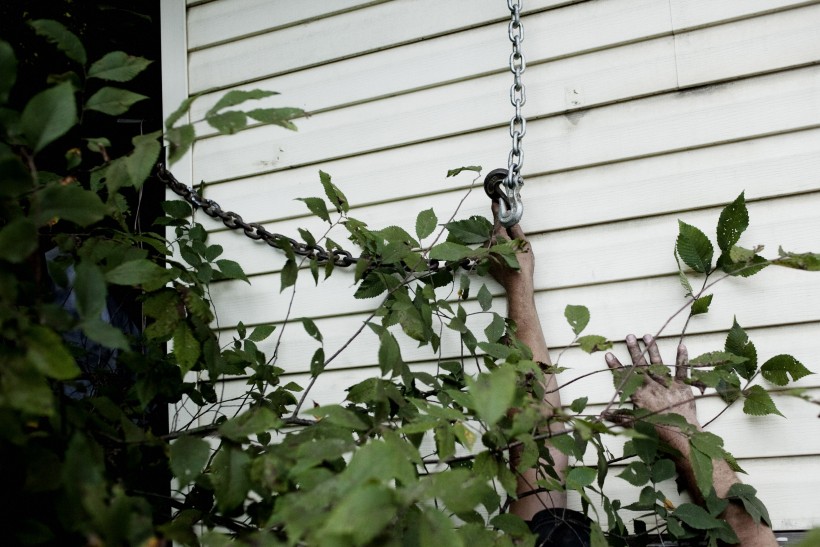 SS: Were there ever times where you felt pushed uncomfortably to one side or the other of that divide?

AS: I remember one time, I was with this family I’d been spending time with. The dad was in a really bad mood because of something that had happened at work, and he decided he wanted some Percocets. He asked me to hide the camera, and we drove into the woods, to another town, and pulled up to this trailer. A fifteen-year-old kid came out, and the guy I was with kept asking him “Where’s your dad?” and the kid was like “I don’t know.” He finally got it out of him, and we went to another house with a bunch of pretty big guys standing around out front. There was arguing and yelling, and I’m sitting there with my camera stowed under my seat. It was me, this guy, his wife, and their seven-year-old kid. We drove back home, and I took the kid for a walk while mom and dad were inside doing the drugs they’d just bought. That was a situation where I was like: I really don’t want to be here for any of this. This is none of my business. 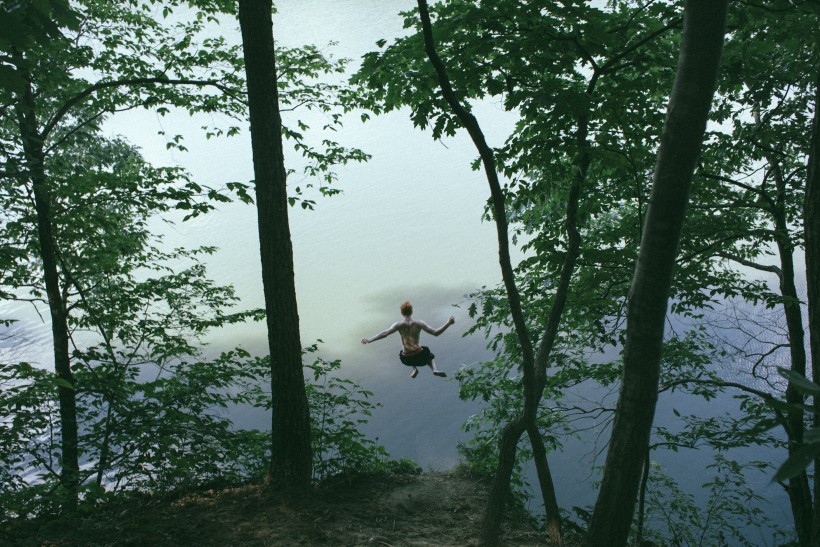 SS: And at that point, your camera’s stowed, so you’re not documenting anything. You’re just there.

AS: Right. I’m there as somebody who’s just with them, not as a photographer. In this kind of documentary work, it sounds bad to say you’re not “gaining” anything by being in a situation, as though you’re taking something from the people you photograph. But the fact is, I wasn’t gathering or creating content. I had no business being there. But I was there. 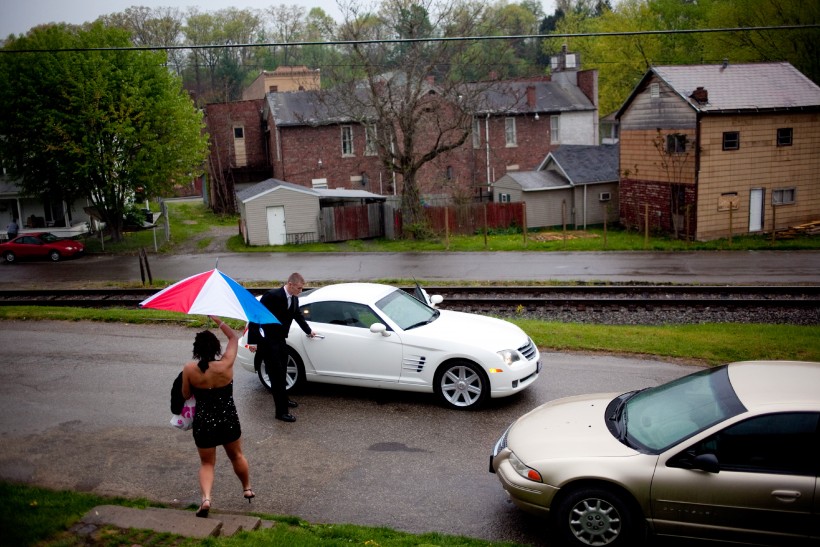 SS: How have people in Glouster reacted to the photos?

AS: There’s been a mixed response. Last time I was in Glouster, I got into a conversation on the sidewalk. Someone told me I didn’t represent the town well, but another person lightly argued with them about how it’s not wrong, it’s just not what people want to see. The more I reflect, I think there are a lot of things I could photograph differently should I choose to continue. Projects like this are never really done. My interests and vision have certainly changed and grown and I sometimes wonder what I would see going back. 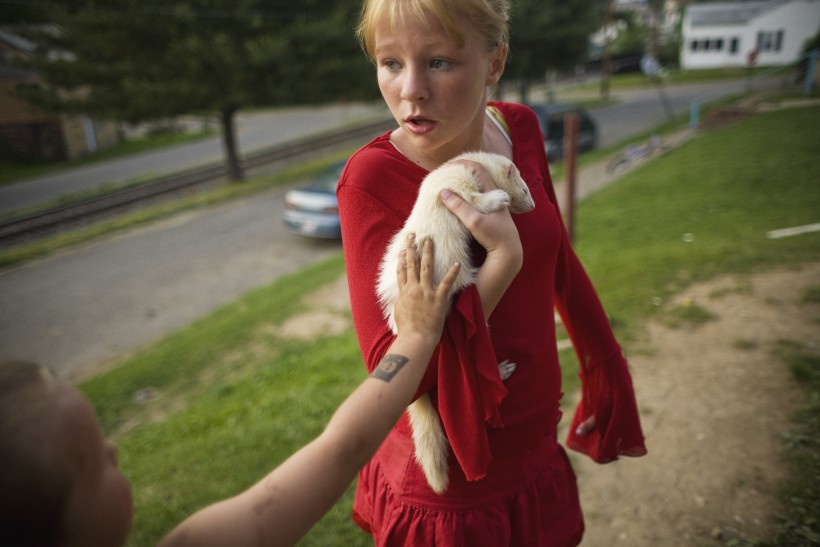 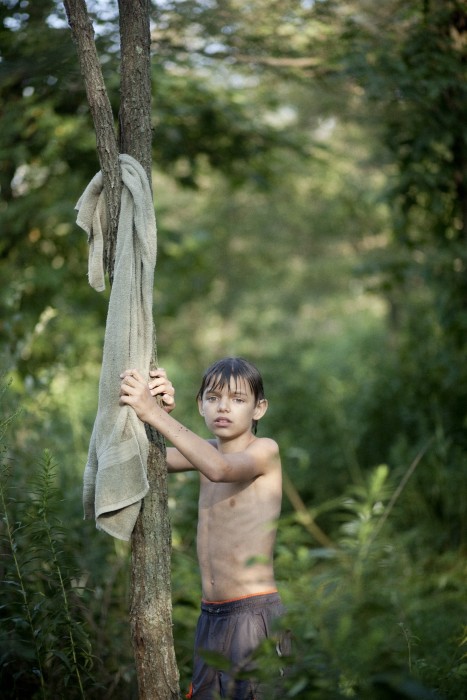 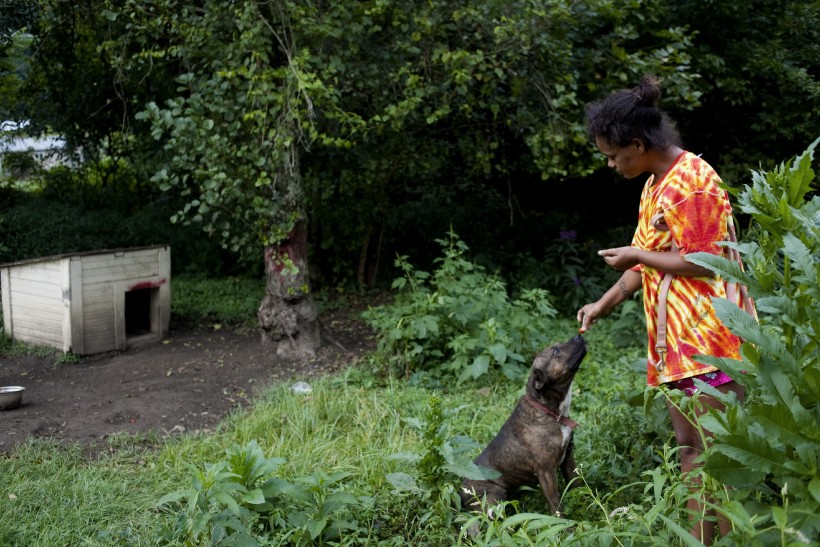 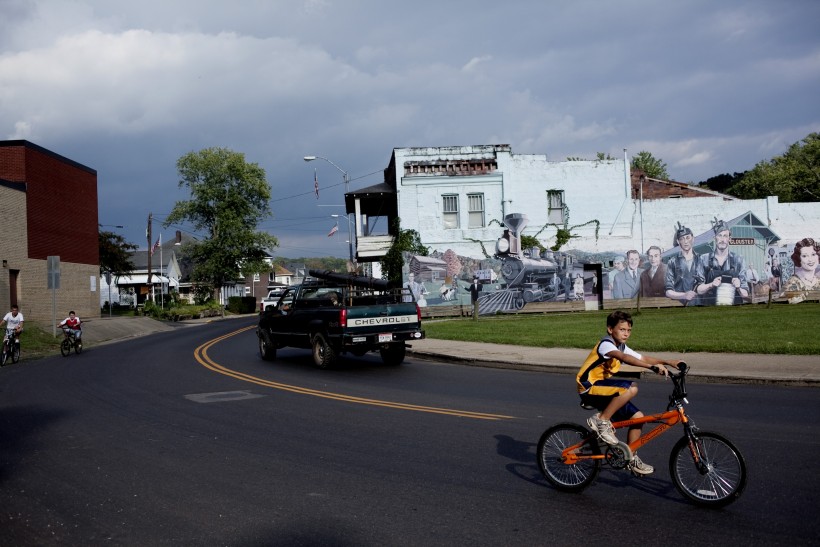