Newly returned from the Bosnian war, Buck Metzger can’t sleep. His waking life seems to be a mix of old and new nightmares, old and new dreams—some involving revenge, some involving pretty girls who live and breathe the ether of literature, and some just memories that float in the landscape of his mind like boats on the fresh water of lakes Huron and Michigan. North Dixie Highway is Joseph Haske’s debut novel, and it does not fail to beguile. The author starts his writing career with a bang, as the narrative is crisp and flowing, full of disquietude and searching, but also replete with fast-moving scenes of family life, war, old feuds, childhood haunts, infatuations leading nowhere, and the present-day meandering roads that the young narrator tries to sort through in his attempt to put his life back together.

This immersive, intricate world weaves together inner and outer realities—sometimes unforgiving, for it is the world of hardened woodsmen and farmers pitted against a capricious nature, sometimes poetic and mesmerizing, as the same nature binds the characters to a place. At the same time, this world is in motion, luring the characters toward an unrelenting Fata Morgana of endless possibilities. The spasmodic search for purpose, anchoring, or resolution greets us from the very beginning of North Dixie Highway. The narrative style makes the book a rightful descendant of the author’s various literary role models. With Hemingway, he shares an economy of language and dialogue. Faulkner seems to have inspired Haske’s penchant for brief, powerful glimpses into the complex life of a family. He self-consciously pays homage to Emerson, whose understanding of nature permeates Haske’s organic descriptions of Michigan’s beautiful woods, rivers, and lakes. Buck grows up like a creature of nature, but at the same time he understands quickly that human nature is more than its instincts or natural needs, and he wants to learn more, see more, and know more. The author’s literary inspirations echo in the book in a more direct way, as Buck is an avid reader. In fact, his stubborn retreat into his books makes him a never-ending joke among some of his more education-skeptical relatives and friends, who think he should be more concerned with mastering the art of bashing squirrels’ heads and executing the perfect shot during a hunting expedition.

As the narrative switches between different moments in Buck’s life, abandoning the chronology expected of a bildungsroman in favor of a dialogue between past and present, colorful characters emerge along the way. There’s Grandpa Eddie, a man of questionable marital practices, with whom his somewhat submissive but intelligent wife somehow manages to put up. The rough grandfather seems to be a key mentor in Buck’s early life, for better or for worse. There’s the morally ambiguous Father Pierre, Grandma’s dubious friend; there’s the reluctant mentor, Uncle Ray; there’s Grandma Clio and her energetic old boyfriend, Henry, a lover of Walt Whitman; there are Buck’s war buddies, with whom Buck finds out that there’s a fine line between courage and cowardice; there’s the unattainable Katherine Beckett; there is the street bum, Uncle Pervie, and the school bully Blake. There is, of course, Buck’s nemesis, Lester Cronin, in search of whom Buck feels an urgency to attend to a secretive “family business” when he’s back from the war. Obsessed with avenging the death of his grandfather, who was killed in an act that seems almost tribal in the twentieth century, Buck finds himself in the position of an ironic Hamlet who would rather pursue his education and some pretty, rich girl than tend to life and death issues related to his family. The irony is that the more he takes his task seriously, the more it leads him in unforeseen, inglorious directions, ending in absurdity rather than honor.

As we follow Buck’s coming of age, the plot is filled with sudden twists and turns. Every time another life blow sends him living in his car and fighting with a homeless man, enlisting in the army, pursuing a girl, or reluctantly performing some other familial duty, Buck takes refuge in his books, to keep his sanity. The technique of switching between timelines is thus well suited for the jumpy narrator who has learned “how easy it is for somebody to come after you when you don’t expect it.” Nothing is as it seems, and what appears to be the central thread of the narrative, the revenge against the Cronins, gradually becomes secondary to the human story of a living, breathing community with their secrets, their joys, their shame, their tender moments, and their power to forgive one another.

The quick dialogue makes for some incredibly dynamic scenes, where action takes precedence, such as in the Bosnia sequences: “‘Sniper rifle takes a little more skill than a drive-by, son. What y’all need is a bonafied backwoods, deer-hunting country boy,’ says Stubb. ‘Van Dorn’s country. Mississippi boy,’ says Perry. ‘It’ll be just like hunting season,’ Stubb says… ‘How ‘bout you, Metzger? You’s kind of backwoods.’” Other times, descriptive passages make the plot slow down to an almost timeless space, such as in the smelt fishing episode: “The slow breeze in from the bay is just cold enough to frost my neck and give me goosebumps on my arms. The spot on the river where we’re at’s got a tree on the other side, growing sideways out the bank. It swings back and forth real slow over the brown water like an old man in a rocking chair.” Yet the narrative style is not choppy or uneven: it achieves an effect of steady wonderment. The hallucinatory seductiveness of the text takes hold of us and, when all is said and done, it makes us more accomplice than witness to the triumphs and tragedies of the Metzgers. This first novel certainly is worthy of critical attention, as the story of this Michigan family is a salt of the earth parable of American vice and virtue.

Liana V. Andreasen came to the United States from Romania at age 25. She earned an MA and a PhD in English and is now a professor at South Texas College. She has published essays and reviews in journals such as Alecart, Texas Review, Quarterly Review of Film and Video, Southwestern American Literature, The CEA Critic, and upcoming in Rampike. She has published short fiction in Lumina, Calliope, The Quail Bell, Fiction International, Eureka Literary Magazine, The Willow Review, Scintilla , Weave Magazine, and Mobius: The Journal of Social Change. She has received two Pushcart nominations. 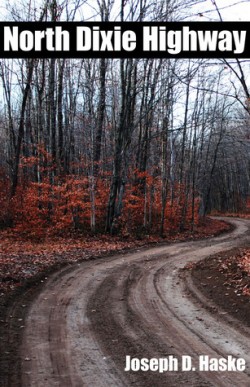