John McManus’s third story collection, Fox Tooth Heart, features surreal conceits very much at home in the contemporary short story—snotty, preteen clones of Thomas Jefferson mocking each other over video chat, a psychic elephant laying a major guilt trip on a dissipated rocker. It’s delightful, but the most meaningful skewing of reality in the collection is subtle and pervasive—a slip in the barrier between thoughts, fears, and the world. Again and again in these nine stories, a fantasy or fear becomes manifest seemingly as a result of the thought itself. Abused teenage girls fantasize about murdering their rapists but then undertake a multi-state bloodbath in “Betsy from Pike.” A teenage boy worries he may have fatally injured a neighbor until he “heard on the TV news that, in a freak accident, a local boy had suffered testicular trauma, gone into shock, and passed away.” Even when reality holds, paranoia threatens to consume these characters. In McManus’s stories, the slipperiness of thoughts and action is a source of both horror and a complicated power.

Early in the collection’s third story, “Bugaboo,” a man is invited into the lair of a stranger who shares his name. The “other Max” shows the narrator an array of “a guy who looked like a skillet from overhead, his arm stretching out from a circle of black hair.” The narrator is watching his own image, from when he considered suicide an hour earlier. This moment of alienation from self and fascination with that alienated self, captured in a matter-of-fact but precise image, is exemplary of the interrogation of selfhood McManus works through these tense stories. The story of Max the narrator loops back in time, coils around this moment before the surveillance array, and spirals forward again in a loop too complicated to explain here. By the end of the story, Max seems both paranoid and trapped in a world of repeating signs. It’s among the strongest stories in the collection, in large part due to the relentlessness with which McManus leans into this paranoia.

While bodily grotesquery abounds in these stories, (a severed tendon paralyzes a child’s finger, and the “limp finger bounce[s] with every bump” in “Cult Heroes”), it’s not the violence, but the density of doppelgangers that seem to suggest McManus’s engagement with the gothic in the collection. One of the sex offenders in “The Gnat Line” assumes the stories of his neighbors’ crimes at therapy groups. In “Gainliness,” a boy assumes the name of his mother’s friend, dead from AIDS, to flirt with one of his twin neighbors, who attract and repel him with their own names—Albert and Sievert—and the weight gain and insanity that they seem to trade off. “That was when a wild idea grew in Victor. ‘You don’t even have a twin,’ he said. ‘You and Sievert are the same.’ Sievert had liked Victor because Sievert was Albert.” It’s a moment that seems to capture some of the preoccupations of the collections—delusion that is indistinguishable from insight, identity as a code. Like “Bugaboo,” “Gainliness” stands out for how unequivocally McManus embraces these guiding uncertainties. These stories share a productive looseness to their plotting, one that creates space for them to be shaped by their anxieties.

McManus draws his title from the Tennessee William’s lines that serve as its epigraph: “Men are made of rock and thunder: / threat of storm to labor under. / Cypress woods are demon-dark: / boys are fox-teeth in your heart,” and the questions of adolescence and masculinity are indeed where McManus puts these dizzyingly constructed monuments to uncertainty about identity and self to most meaningful work. In a collection where the power seems so dangerous thoughts can kill, even perfectly realized masculinity is suspect. For McManus’s characters, masculinity seems fraught with pitfalls. From other people and internalized voices, the men and boys in the stories are constantly policing their manliness. After commandeering another man’s phone in part to flirt with his violent, demeaning lover on a Grindr-like app, the protagonist of “Blood Brothers,” thinks, “[t]o be a pussy was to answer, ‘Just kidding,’ so I hit ‘ignore,’ found a jug of bourbon, took a swig.” That McManus sees the humorous extremes of masculine posturing (had to be bourbon—clear liquor wouldn’t do) does not keep him from compassion for the extent to which these are fundamental, serious questions for his characters, ones that come with special complications for the young gay men he’s often writing about.

The thematic cohesion of the collection is certainly to McManus’s credit, but also means that the collection’s less gripping stories end up occasionally feeling redundant. “The Ninety-Fifth Percentile,” in particular, covers similar ground as stronger stories—erotically charged teenage friendships, self-destructive risk-taking, class and adolescent identity—to less biting end. The plot is slight and the story’s callow protagonist cannot really hold his own against the difficult, memorable men and boys who people the rest of the collection. It is also one of few times when McManus’s treatment of substance abuse ends up feeling like it muddies the story.

Narratives of addiction and intoxication are strong throughout the rest of the collection. The narrator of “Elephant Sanctuary” assures his father after his first blackout at twelve, “‘Yeah, I’ve had fun,’ I replied, standing up, and out of shame or stubbornness I’d been saying similar things ever since.” McManus gets paradoxical addict self-awareness, without buying into a familiar idea of romanticized drinking. “Elephant Sanctuary” also exemplifies McManus’s use of blackouts and the consciousness-addling effects of drugs to toy with the progression of time and plot in satisfying ways.

There are times when McManus’s vertiginous slippage between thought and action seems to allow his characters to skitter away from questions of responsibility just when the story’s most need reckoning. When the convicted sex criminal, Stephen, in “The Gnat Line,” finally recalls exposing himself to a school bus, “[b]lind strings in one hand, pot handle dangling from the other, Stephen wondered what he’d meant to do.” It seems implausible, but perhaps more importantly, it fails to answer questions about the distinctions Stephen has drawn between himself and other sex offenders. On the one hand, it’s an impressive exercise in imaginative empathy for perpetrators of violence. But at a certain point there’s something queasy about the way in which these fully realized predators’ victims drop out of the collection’s moral arithmetic, particularly in “Elephant Sanctuary,” where killing, semi-accidentally, his (mostly off the page and shrewish) girlfriend in a car accident seems significant for inspiring a male musician to write a new album.

This sense of moral unsettledness is certainly central to McManus’s project here. That it is intentional alone doesn’t inherently justify these occasional erasures of the victims, but at its most successful, this works less as expression of concern for the well-being of brutalizers, but rather an examination of the inherent violence of the narcissistic inner life—one made more uncomfortable by including the reader in its critique. Sentence by sentence, the stories are precise and efficient, most astounding in probing the horror when the boundaries between the mind and the world are less stable than we’d like them to be.

Gwen Cullen is Fiction Editor at The Journal and an MFA candidate in creative writing at The Ohio State University. 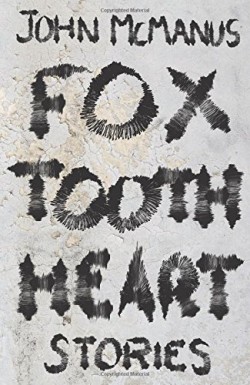