This summer, I am trying to write a novel about a contemporary American family—and, consequently, have forbidden myself from reading any novels about contemporary American families. The Corrections has gone ignored on my bookcase for the past four summers like a dense and boorish dinner guest no one really wants to talk to, and there shall it remain: if I have chosen to work in one of the most formulaic subgenres of literary fiction, The Big Dysfunctional Family Novel, then I must do my best to ignore the extant narratives in that oft-derided, occasionally-distinguished milieu.

I’ve even made a halfhearted gesture to avoid family-centered TV shows (and, let’s be real: I have spent far more time this summer watching TV than reading fiction), instead relying on grim procedurals like Law & Order: SVU and sexy procedurals like Castle and Grey’s Anatomy. I have not been able to give up The Simpsons, though; two nights ago I had an episode on as I was writing. To be fair, it was “Cape Feare,” the one featuring Sideshow Bob’s infamous encounter with a series of ill-placed rakes: an apt metaphor for my writing process, on most days.

While my novel-writing has actually been productive, if not rake-in-the-eyeball painful, for the past month, my novel-reading has remained stagnant. And, actually, so have I: in the two weeks since I have returned to my parents’ house for the summer, I have passed many a morning lying in bed until ten or eleven o’clock, reluctant to rise and begin my day. This ennui can be attributed to what I do in bed each morning: read think-pieces on the 2016 Presidential Election, most of which are either false-cheery or unapologetically nihilistic. (That being said, Rebecca Traister just wrote an excellent profile of Hillary Clinton for New York magazine.)

I think some part of my brain truly believes that the world might end—not with a whimper or a bang, but a “You’re fired!”—on November 8th, and maybe this is why I have finally decided to really write the novel I’ve been wanting to write since 2011: if I am going to be a casualty of the Trumpocalypse—and won’t most people even tangentially related to publishing, and therefore dependent on the right to free speech, be casualties?—then I would like to do something meaningful as a person and a writer before then.

So I’m working on this novel about a contemporary American family. And it’s my first novel. And it’s exciting and awful and rewarding and difficult. What I’ve decided to read for inspiration are other first novels—right now I’m working on The Big Sleep by Raymond Chandler—because they are almost always filled with beautiful mistakes. They are almost always experiments. And so is my novel, and so is the American family—and American democracy. I wish the best for all three. 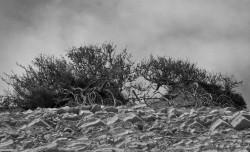