Carmen Maria Machado’s newest release, In the Dream House, is a haunting memoir of her experience with same-sex psychological abuse. The “Dream House” is literally where Machado’s unnamed partner lives, and figuratively a metaphor for the dreams the two had as a fresh couple, the dreams for an idealistic, romantic life together. The Dream House begins like a fairytale, but quickly turns into a nightmare. The house also serves as a symbol of Machado’s mind, which slowly becomes her own prison in a harrowing situation.

Split into short chapters of one to ten pages, each section explores the Dream House from a different perspective. The chapter titled, “Dream House as Hypochondria,” for example, discusses Machado’s attempt to get mental help for her partner, and the chapter titled, “Dream House as Spy Thriller,” describes the shameful details of her relationship as a secret she has to hide from the world. Rather than following chronological order, chapters skip around in the narrative, instead ordered by intensity, as if following the flow of Machado’s own mind. The building intensity paired with the short chapter form allows the reader to quickly fly through the book.

Machado uses a second person perspective in order to help the reader place themselves in the situation. In situations of abuse, it is all too easy for readers to think that they would have seen the warning signs, that they would have left before it escalated. But by using the second person, Machado forces the reader to experience it. She demands that we go through the Dream House with her.

When we first meet the unnamed partner, she seems like an average person. She wears “white-blonde hair pulled back in a short ponytail. She has a dazzling smile, a raspy voice that sounds like a wheelbarrow being dragged over stones. She is the mix of butch and femme that drives you crazy.” Machado then follows the progression of their relationship with interludes of her own thoughts. If she had been able to see into the future, would she have done anything differently? Is she a better person now, after having gone through the experience? Contrasted with the honeymoon phase narrated alongside them, such questions bring the reader a sense of imminent dread for what is about to come.

In an interview with The Paris Review, Machado explains that she wants to provide a broader context, to convince the reader that her experience was not an anomaly.  She also provides research as a way to further her own understanding of the experience. “How can I understand it,” Machado said, “as not just a thing that happened to me, a discrete thing, but also in the context of history and in queer history, and in the history of gender?”

She understands it by writing through it. And through Machado’s own understanding, readers are transported into a world they may have never thought about. Machado comes to grips with the situation by morphing it into a narrative, a powerful tale to reach all types of readers. Readers who have never deeply considered what an abusive relationship can look like other than the stereotypical man-on-woman violence. Readers who have experienced an abusive relationship and are looking for a companion, someone who believes them. Readers trying to come to terms with the fact that lesbian relationships are not a romantic utopia, an escape from the problems associated with men. Machado has been each of these. By writing through her relationship and its subsequent abuse, Machado has created a poignant memoir that brings much-needed nuance to a larger dialogue on domestic violence and abuse.

S.G. Smith is an undergraduate student studying English with a concentration in Creative Writing at The Ohio State University. Her interests include speculative fiction as well as 19th and 20th century American literature, and she serves as a fiction reader for The Journal. She is also one of the university’s Eminence Fellows. 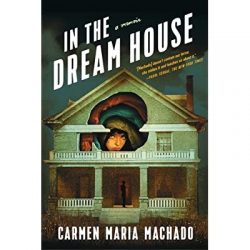