It was not enough approaching the clinic, weaving thru throngs
of angry white faces judging you, spitting invectives-
all your readied insults a dry lump in your throat.

It was not enough the ex who contributed to the teaspoon of life inside you
said give him the baby, he’d raised it with his new girlfriend, never a hug,
never a sorry you are going thru this, never a look back at you, never a dime.

It was not enough that the decision was made and made and made.
Part of you dying for the rest of you to live on but the tears, fear,
sadness kept unraveling themselves— a barbed-wire braid.

It was not enough that while you sat, the inevitable torture of your name
to be called, anxiety a simmering volcano, television bland in the background
until the chyron’s red label declared “Michael Hutchence, dead, lead singer of INXS.”

It was not enough that he was your first real crush, after puberty blossomed
breasts and hips. He was the initiation into this game of fandom and lust,
that he sang of a Black girl, and that Black girl could’ve been you.

It was not enough that you knew you would get thru today and tomorrow
but only you would carry a heart broken, so stupidly broken, in too many pieces
on one day, stumbling out the clinic, it was just you now and you would have to do.

Teri Ellen Cross Davis is the author of a more perfect Union, 2019 winner of The Journal/Charles B. Wheeler Poetry Prize and Haint, winner of the 2017 Ohioana Book Award for Poetry. She is the 2022 recipient of the Maryland State Arts Council statewide individual artist award, the 2020 Poetry Society of America’s Robert H. Winner Memorial Prize, a Cave Canem fellow, and the O.B. Hardison Poetry Series Curator and Poetry Programs manager for the Folger Shakespeare Library in Washington D.C. 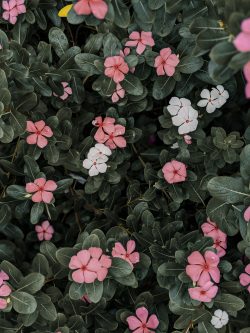