Marcus Jackson was born and raised in Toledo, Ohio. After earning his BA at the University of Toledo, he continued his poetry studies at NYU’s graduate creative writing program and as a Cave Canem fellow. His poems have appeared in The New Yorker, Harvard Review, and The Cincinnati Review, among many other publications.

Marcus Jackson’s chapbook, Rundown, was published by Aureole Press in 2009. His debut full-length collection of poems,  Neighborhood Register, was released by CavanKerry Press in 2011. His next collection is forthcoming in 2016. Marcus lives with his wife and son in Columbus, Ohio. He will serve as the guest editor for the 2015 The Journal/OSU Press Wheeler Poetry Prize.

Willie VerSteeg: What recent books of poetry have been holding your attention?

Marcus Jackson: I’ll be loose with the word “recent,” since I’m always going back to things I’ve already read and loved, in addition to latching onto great, brand new books the first time around. Staring with the quite new collections, I love Ross Gay’s Catalogue of Unabashed Gratitude, Malachi Black’s Storm Toward Morning, and Claudia Rankine’s Citizen. In these books live abundances of emotional flux, lyric force, and intellectual precision.

As for a few books I’ve read the bindings off of and that have been calling me back lately, Tracy K. Smith’s Life on Mars, Ted Kooser’s Delights and Shadows, and Philip Levine’s One for the Rose. Life on Mars is a masterful collection in many ways, especially in how it incorporates such a variance of scale among its subjects and tones. Kooser is a sorcerer when it comes to making everyday objects and scenarios radiant and/or suddenly dark.

Maybe in my sadness regarding Levine’s passing I’ve been reading his work even more obsessively now. Nevertheless, One for the Rose, for me, is a book where you can hear and see Levine’s voice really finding the dimensions it would bear for decades thereafter (that astonishing balance between tenacity, honest music, bitterness, rage, hope, humor, and soul).

WV: Your first book seems to encompass a wide autobiographical swath, both chronologically and geographically. What differences, if any, do you see in the scope of your second book? How do see the concerns of your poems shifting?

MJ: My first book is invested in giving voice to some exact places and some exact people who had not previously been given voices in American poetry, so it overtly takes on the mission of painting each character or landscape with the complexities I thought each deserved. It so happened that those in-need-of-voice subjects were many of the locales and personalities that played large parts in my upbringing and native community, hence the book’s autobiographical and late-20th-century focus.

While beginning work on my second book, I had only the goal of trying to write poems that are, in any way, dealing with love or failed love, both of which are inherently personal or autobiographical subjects, but which also lend themselves, thanks to their brazen emotional cores, to linguistic and imagistic content.

All this to say the poems in my second book are shifting from earlier work in that they are somewhat more elementally attached to specific feelings and sounds than they are to specific people and places.

WV: Perhaps “autobiographical” is an unfair descriptor with how frequently the eyes of your poems feel aimed outward, and less directly concerned with the wants and needs of the speaker. Yet in the context of Neighborhood Register, in which there are plenty of poems concerned with the speaker, even a poem like “Neighborhood Car Mechanic” can seem imbued with autobiographical weight. Not only in peripheral details of the speaker’s life, but also in how portraits of those around him reflects back as portraiture of the speaker himself. Did you see that happening during the writing of such poems for the book, or was that development more surprising?

MJ: I wasn’t conscious of the resulting self-portraiture, but the idea makes a lot of sense. I guess, during the writing of the poems, I was just giving a careful attention to each atom and each sound a given subject might entail. I’ve always felt an inability to name or conceptualize my identity, my “self”; for me, it’s much less daunting to try and nail down the identities and selves of others.

WV: It’s interesting to hear you use language like “mission” and talking about what your subjects “deserved,” as such importance and impetus is palpable in Neighborhood Register. Is there a sense of having accomplished something you needed to say—the sort of get-it-out-of-your-system thrust of a first book—or does such a sense of duty—one not unlike that spoken of by Philip Levine—persist?

Artistic accomplishment exists mainly in knowing we have given plenty of frank labor to whatever we’re drafting and revising. Even when our projects, once turned over to the reader, succeed in evoking sensations and contemplation, the only trustworthy accomplishment lies in the fact that we somehow fought enough to get our words out, and enough to rearrange them with deliberateness. The composition and editing process is the unending duty, but one that most poets would die or live miserably without.

As for first books, it’s thrilling and validating that our efforts can materialize into bound pages sprayed by laser printers, and there is a moment of contentment in seeing that an undertaking was pushed through toward a type of ending. But then the empty desk and the empty document screen are remembered—the emptinesses that must be filled with more fought-for words.

WV: How have your influences changed since the writing of Neighborhood Register? What has stayed the same?

MJ: I don’t know that my influences have changed, but I do know that my objectives or hopes when sitting down at the writing desk have changed. Earlier in my poetry life, I yearned for my work to carry a layered clarity and a maximization of simple language and overlooked subjects. Although those concerns haven’t left my current writing endeavors, I’m now more enamored with brevity and emotional pivoting, two characteristics that I’ve always loved as a reader, but am only now figuring out how to further render in my poems.

WV: Your poems demonstrate a strong dedication to their subjects, shining through especially in odes and pieces of intimate portraiture that populate the pages of Neighborhood Register. What attracts you to such poetic modes?

MJ: In short, Neruda, cinema, photography, and impressionism (all four have long had a say in my enjoyment of art and in my poetic sensibilities, so I have continually drawn on them as guides).

WV: They all make sense in thinking about your poetry, as I can see some obvious connections (Neruda and the odes, the vivid astuteness of the eye with photography and impressionism, the framed movement of cinema). However, you also demonstrate a strong narrative hand—such as in the poem “9th Grade Hunger and Love”—always working in concert with such vivid portraiture. If you can sense where the latter comes from, do you have a similar sense of the origin of your narrative impulse?

MJ: My belief in narrative is probably belief in the instant texture and movement that even the slightest bit of “story” brings to language. Language is sounds assigned to objects and beings and thoughts, so narrative can make movement and interaction between what language names.Take the sentence, “She went to the well for water.” The narrative of that sentence gives us a few textures and a few movements. Texture-wise, our brains have a “she” to imagine, an implied bucket to imagine and feel, maybe even a dented bucket, a whole well to see and sniff, and water to taste and hear. Movement-wise, we’ve got the surface motion of the subject toward an elemental location, we’ve got musical motion of the verb and the final two nouns (went, well, water), we’ve got the implied eventual lowering and rising of the bucket, and we’ve got the need or yearning that setting out for well water symbolizes.

Much can be sensed and pondered by means of a tiny story, and once a reader senses and ponders, fascination and astonishment can become more accessible destinations.

WV: What is a recent thing that you feel you’ve learned about poetry? Or, what do you know now that you did not know during the making of your first book?

MJ: To embrace strangeness and complication. Initially, much of my poetic focus was assigned to streamlining the composition process and streamlining my poems toward what I envisioned to be effective, inviting lines and sequences. Now, I’m sure that poems must have a unique strangeness and an original complication that are beyond our plans, sometimes beyond our fears, as poets.

WV: Does such a strangeness or complication attract you to a subject? You mention your interest in love earlier, which would seem to count as both strange and complicated.

MJ: Yes, those characteristics within a subject attract me, in two ways, or in two possible poetic tasks. The first is to take on the stranger, more complicated subjects for poems head-on (punching a heroin addicted veteran in the cheek as a teenager; the sedated young mother in the newborn ICU who wants to hold and breastfeed her premature baby, shivering in the incubator, undeveloped fingers like tiny wax fins, the mother’s alcoholism having caused the baby’s peril).

The second poetic task that attracts me is taking ordinary and simple poem subjects and quickly complicating them and weirding them up (my mother’s glass ashtray described simply for two lines with measured language, only to become a husband-forehead-splitting-during-domestic-violence talisman that was cleaned weekly and set on the sunny sill).

Oh, and about love. You are correct; strange and complicated it is.

WV: What, for you, separates your experience of reading a collection of poetry versus individual poems? What might you be looking for, or what sort of moves or aims might be afforded more space in those respective contexts?

MJ: In reading a single poem, I just want to be astonished (hurt and thrilled and shocked and changed), and when reading a collection of poems, I want the properties of astonishment to operate both independently and in unison over the course of the book. In a collection, the reader can be more patiently attended too, whereas in a single poem there is a sense of urgency that usually drives the experiencing of it.

Willie VerSteeg is a poet from San Diego, CA living in Columbus, OH with his wife and stepson. His work has appeared, or is forthcoming, in The Jabberwock Review and The Southern Humanities Review. 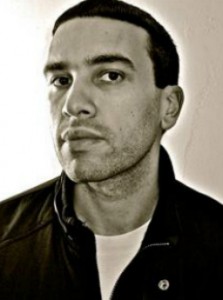