The Non/Fiction Collection Prize is awarded annually to a book-length collection of short stories, essays, or a combination of the two. The prize (which in previous iterations was known as the Sandstone Prize and The Ohio State University Prize in Short Fiction) carries a cash award of $1500 and publication with The Ohio State University Press under its standard contract. 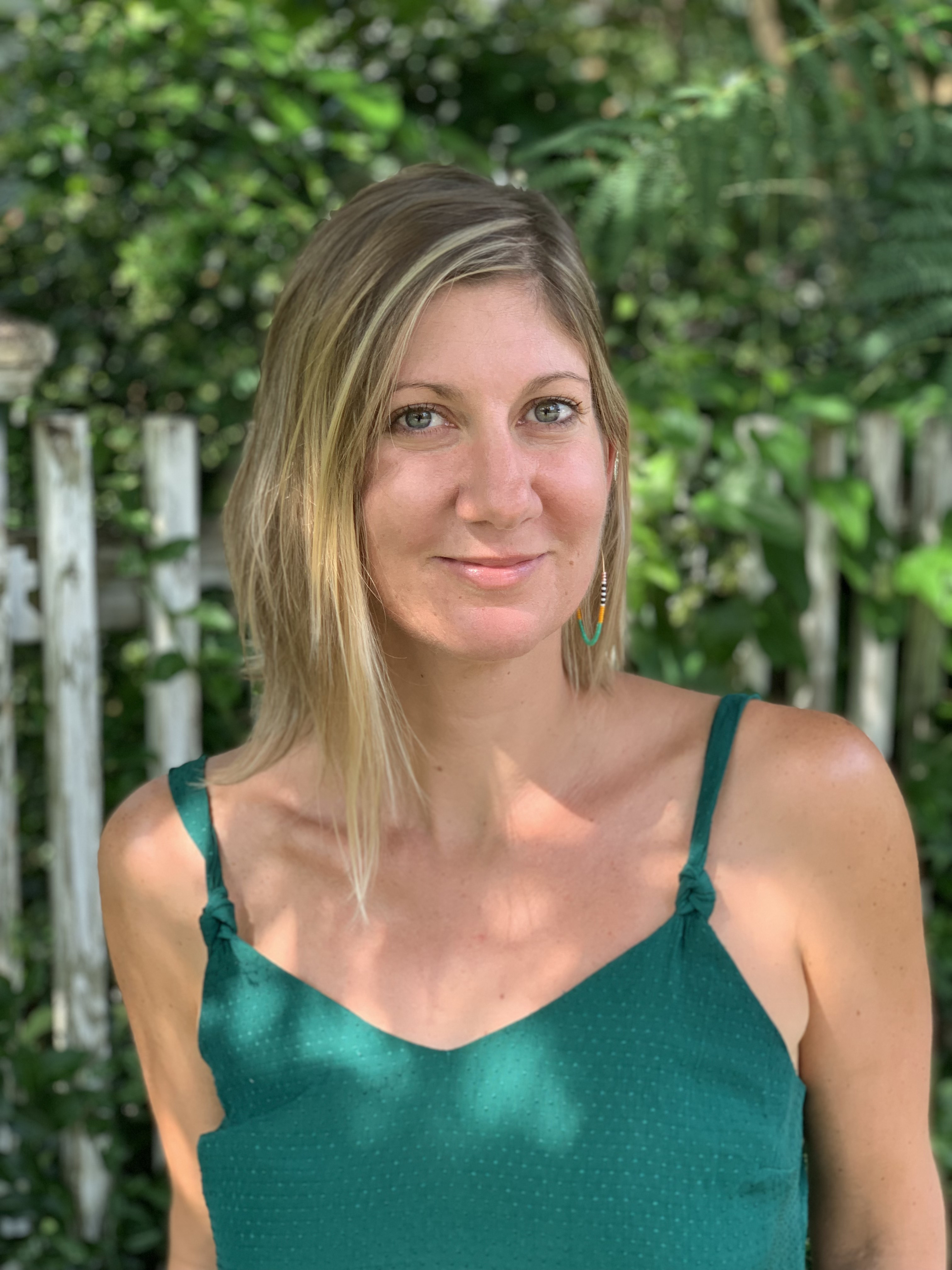 Rebecca Bernard is the winner of the 2021 Non/Fiction Collection Prize. Her fiction and essays have appeared or are forthcoming in Shenandoah, Colorado Review, Southwest Review, Pleiades, and Witness among other journals. Her work received notable mention in the Best American Short Stories of 2018. She is an Assistant Professor in the English department at Angelo State University, and she serves as a Fiction Editor at The Boiler.

2021 prize judge Nick White says of Rebecca Bernard’s work: “Each story walked such a tightrope – from the first one onward, there were moments these characters and their situations had me gasping, shuddering, looking up from the page to catch my breath.”

Semifinalists for the 2021 Non/Fiction Collection Prize
Every Goddamn Day by Carrie Grinstead
Pulling Up Roots: A Mennonite Girlhood Remembered by Mary Hostetter
The Amnesiac in the Maze by Michael Czyzniejewski
Day of The Rat by Clancy McGilligan
Zoo World by Mary Quade
Menagerie & Other Beasts by Sean Bernard
Wild Gods by Mike McClelland
Even Angels Are Astonished by Courtney Sender
The Paper Anniversary: Stories by Dinah Cox 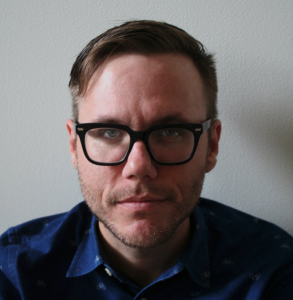 Originally from Mississippi, Nick White is the author of the novel How to Survive a Summer (Blue Rider/Penguin, 2017) and the story collection Sweet and Low. He is an Assistant Professor of English at The Ohio State University’s MFA Program in Creative Writing. His short stories, poems, and essays have appeared in a variety of places, including The Kenyon Review, Guernica, Catapult, The Hopkins Review, Indiana Review,The Literary Review, Lit Hub, and elsewhere. He is currently at work on a new novel.

Please direct all inquiries to: prize@thejournalmag.org

Becky Hagenston is the author of the story collections Scavengers, Strange Weather, and A Gram of Mars. Her stories have appeared in Ploughshares, Ninth Letter, Oxford American, New England Review, and many other journals, and have been selected for the Pushcart and O. Henry anthologies. She lives in Starkville, Mississippi and teaches creative writing at Mississippi State University.

2020 Finalists:
How Far I’ve Come by Kim Magowan
Where People are People by Toni Mirosevich

2020 Semifinalists:
Collateral Damage by Nancy Ludmerer
Freak Lip by Julia Cohen
Mother of Stories by Alice Dailey
Rite of Reclaiming by Connie Corzilius Spasser
The Sweetness of the Vine by Lydia Kann
One Person Away from You by Andrew Bertaina
Parched Souls by Bipin Aurora
Zoo World by Mary Quade
The Last Jews of Long Island by Michael Orbach
The Object of Desire by Elizabeth Oness
Sister Zero by Nancy Van Winckel
Orientation by Madeleine Mysko 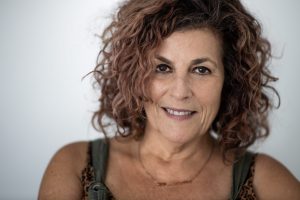 Michelle Herman is the author of three novels – Missing, Dog, and Devotion – and the novella collection A New and Glorious Life, as well as three essay collections – The Middle of Everything, Stories We Tell Ourselves  (longlisted for the 2014 PEN/Diamonstein-Spielvogel Award for the Art of the Essay), and Like A Song (winner of the 2016 Devil’s Kitchen Reading Award) – and a book for children, A Girl’s Guide to Life.

Her essays and short fiction have appeared in American Scholar, O, the Oprah Magazine, Creative Nonfiction, Conjunctions, The Southern Review, Story, and many other journals, and among her awards and honors are numerous individual artist’s fellowships from the Ohio Arts Council and the Greater Columbus Arts Council, grants from the National Endowment for the Arts and the Copernicus Foundation, and two major teaching awards – the University Distinguished Teaching Award and the Rodica Botoman Award for Distinguished Undergraduate Teaching and Mentoring – from Ohio State, where she has taught creative writing since 1988 and directs a graduate interdisciplinary program in the arts and an all-scholarship summer writing program for teenagers in Columbus, Ohio.

A New Yorker by birth and temperament, born in Brighton Beach and educated in New York City public schools and at Brooklyn College and the Iowa Writers’ Workshop, she has lived for many years in Columbus with her husband, the painter Glen Holland. Their daughter, Grace, used to live there too, but now she is grown, and her mother dispenses parenting advice on Slate. 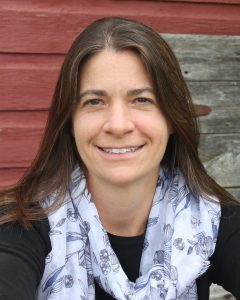 Jill Sisson Quinn is the author of Deranged: Finding a Sense of Place in the Landscape and in the Lifespan (2010), published by Apprentice House Press of Loyola College, Maryland. Jill’s essays have appeared in Orion, Natural History, OnEarth Magazine, and many literary journals. Her essays have been selected for Best American Science and Nature Writing 2011 and Best American Essays 2016. She has received numerous awards, including the Annie Dillard Award for Creative Nonfiction, a John Burroughs Nature Essay Award, and a Rona Jaffe Writers’ award. Jill has a B.A. in English from UMBC, an M.A. in Environmental Studies from Montclair State University, and an M.F.A. in Creative Nonfiction from Goucher College. She lives in Scandinavia, Wisconsin, with her husband and son and teaches at Mid-State Technical College.

Sign Here if You Exist will be published by Mad Creek Books, an imprint of The Ohio State University Press, in 2020.

2019 Editorial Board Semifinalists:
Some People Let You Down by Mike Alberti
School Circle by Michael Ramos
Surfacing by Manini Samarth
Where the Rivers Run/History of Other Places by Shannon Bowring

2019 Semifinalists:
Hide Fox and All After by Lesley Jenike
Grown Children by Stefani Farris
My Grandfather Ran Off to the Woods by Garrett Ashley
Cripple Creek and Other Stories by Amy Foster Myer
The Rubble That is the Past: Stories by Priscilla Long
A Reason for Everything by Samantha Schoech
In the Days of Time Machines by Melanie McCabe
Weep at the Base of the Fire by Sally Breen
Only Mostly True by Steven Goldleaf
Questions of Home: Reflections of a Rooted Traveler by Nancy Penrose
What the Blood Tells You to Be by Kami Westhoff
Comparative Seismologies: Stories by Jacob Appel
Up in Michigan by Stefan Kiesbye
I was One of My Memories by Laurie Blauner
They Crawl to the Surface by Kirk Sever
I am Here to Make Friends by Robert Long Foreman
Questions of Home: Reflections of a Rooted Traveler by Nancy Penrose