Who will never speak to each other again.
No more pizza box between them.
No more who’s the daughter.
Talking to either you get why the book’s ripped.
I usually like crazy people.
Not the chop-off-the-heads-of-small-animals-for-a-necklace
but split-a-red-in-the-graveyard-blizzard.
Except for the six-foot wing-span
and hurling balls of fire,
you can’t generalize.
You can make huge unsupportable statements
like a tent not knowing how to make a tent.
We all suffer mortification by prefab pudding,
soft-boiled egg, busted pencil point
and would make a powerful voting block
should we ever be organized.
I’ll never be organized by anything
except random particle movement
which you’d be crazy to think of
as any kind or order so there you go.
There’s never a single cause
for a forest fire. We have no liquid
state, just skip directly from solid to gas.
The best building is when it falls.
We use our freezers expressionistically
as one would a gallery, an aquarium.
From each, at least one adequate sauce.
We swig cough syrup directly,
no intermediary spoon.
Everything is embryo.
Everything explosive.
The weaker won’t go to that bookstore anymore.
The stronger crosses out Thanksgiving.
Once 14 pies for 8 people.
A letter goes into the river and passes through the world.
Once we came to the same cliff,
might have glimpsed the same porpoise.

Dean Young was born in Columbia, Pennsylvania, and received his MFA from Indiana University. His numerous collections of poetry include Strike Anywhere (1995), winner of the Colorado Prize for Poetry; Skid (2002), finalist for the Lenore Marshall Poetry Prize; Elegy on Toy Piano (2005), finalist for the Pulitzer Prize; and Primitive Mentor (2008), shortlisted for the International Griffin Poetry Prize. He has also written a book on poetics, The Art of Recklessness: Poetry as Assertive Force and Contradiction (2010). Young has been awarded a Stegner Fellowship from Stanford University as well as fellowships from the Guggenheim Foundation, the National Endowment for the Arts, and the Fine Arts Work Center in Provincetown. His poems have been featured in Best American Poetry numerous times. Young has taught at the Iowa Writers’ Workshop, the low-residency MFA program at Warren Wilson College, and the University of Texas-Austin where he holds the William Livingston Chair of Poetry. 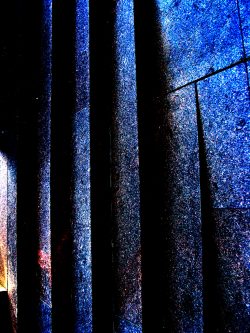