Roxane Gay’s new book, Difficult Women, is a deeply moving collection of short stories that are by turns tender, heartbreaking, and chilling. Gay’s characters, “difficult” thought they may be, are rendered with a profound sensitivity that affirms their humanity, alongside their wounds and flaws. Gay herself claimed an affinity for so-called “unlikeable characters” in a 2014 piece for Buzzfeed, describing them as “those who behave in socially unacceptable ways and say whatever is on their mind and do what they want…and put themselves first without apologizing for it.”[1]

Difficult Women is replete with such complicated characters: women and men who make selfish and self-destructive decisions, often in response to past trauma. These stories explore the ongoing effects of that trauma in language both lyrical and intimate. In “North Country,” an African-American woman who recently lost a baby during childbirth takes a job as a professor in Michigan’s Upper Peninsula, where she finds love with a patient and plainspoken Yooper. The story details the many microaggressions she experiences in her mostly-white small town and conveys the way these actions weigh on her as she works through her grief. In “Break All The Way Down,” a woman whose child is killed by a motorist punishes herself by leaving her husband for an abusive lover. When the lover’s ex-girlfriend abandons her own baby in the woman’s arms, the woman is finally able to return to the house she shared with her husband to begin to come to terms with their loss.

Scenes of domestic abuse and sexual violence abound in these stories, but these moments are never sensationalized. In the case of “Break All The Way Down,” Gay depicts the desire for violence as yet another intrusion of past trauma on a character’s present life. When the protagonist finally returns to her husband, she begs him to “hold [her] to the ground;” though he readily accepts this request to temporarily take charge of her life, he patiently refuses to give the physical punishment she demands of him. Many of Gay’s characters who “survive” trauma never quite finish “surviving” it, and her plots often hinge on the ways characters navigate a hostile and dangerous world while nursing wounds that never fully heal.

While several of Gay’s protagonists invite punishment in heartbreaking ways, occasionally characters’ masochism brings them closer together. In the brash and energetic “Baby Arm,” Gay explores the strange and touching intimacy between two young women who co-host an all-female fight club, an environment where a cathartic sort of misogynistic self-abasement sits uneasily beside affirmations of female companionship.  In the middle of a melee, the narrator catches her friend’s eye across the room and sees her “[mouth] ‘I love you,’ and I smile even though it hurts and another set of knuckles connects with my face, running the moment—bitches ruin everything.”

Throughout this collection, Gay takes risks not only with content, but also with style and form. The title story is written as series of vignettes that present a satirical taxonomy of diverse types of “difficult women,” including “Loose Women,” “Frigid Women,” “Crazy Women,” “Mothers,” and “Dead Girls.” Though somewhat fragmentary, the story is nevertheless clever and engaging. “La Negra Blanca” productively inhabits an uncomfortable space between realism, satire, and the grotesque. In this story, a mixed-race woman who is putting herself through college by working as an exotic dancer is stalked by a wealthy white racist obsessed by hip-hop culture and the bodies of black women. This villain is no less terrifying for being cartoonish, and the story is by turns tender and deeply disturbing.

Several stories in the collection are explicitly surreal or speculative. “Water, All Its Weight” and “Requiem for a Glass Heart” allegorize depression and vulnerability via magical realist conceits. In the first, water seeps from the walls and ceilings around a recent divorcee, warping and staining any room she occupies; in the second, a “stone thrower” married to a glass woman handles her with care, but is reckless and carefree with his flesh-and-blood mistress. Though thought-provoking and beautifully-written, these speculative stories are ultimately  weaker than others in the collection. The strength of the stories in Difficult Women derives from Gay’s remarkable ability to tease out and explore the humanity of her unusual and complicated characters, and this deep empathy is inhibited in tales in which emotions are transformed and externalized through allegory.

Published in January, this collection takes on new resonance in the aftermath of an election in which a man who once bragged about sexual assault won the presidency over a female candidate he notoriously derided as a “nasty woman”—a bit of nomenclature that seems right at home in Gay’s titular taxonomy. The dystopian premise of Gay’s “Noble Things” is especially striking in this light. In a version of America divided against itself, in which southern states have seceded after a divisive election and a border fence has been built along the former Mason-Dixon line, Parker, the son of a Southern general, longs for unity. When his young son inspects a map of the Balkanized former United States and asks “Why aren’t these states together?”, Parker responds, “They used to be,” then continues: “they ought to be.” He explains that “once, there was an election and smallminded people couldn’t handle the man who won.”

The premise evokes the racist divisions of the Obama years, in which the election and re-election of our first black president led to petitions for secession across the nation, as well a “birther” challenge to the president’s citizenship championed by the very man who would eventually succeed him. But the longing for unity expressed in “Noble Things” takes on new implications in a post-45 America that has also heard half-serious calls for “Calexit” alongside jokes from anxious progressives about moving to Canada. Abandoning the American project may have consequences (both for those who leave, as in Gay’s story, and for those who are left behind), but the imperative to stick it out takes its own toll.  In “Noble Things,” the North remains prosperous after Southern secession, while Parker’s South suffers under the austerity brought about by its “smallminded” decision. In the closing paragraphs, Parker and his wife nostalgically recall the days when there was only “one nation, indivisible until it wasn’t” and marvel at “how quickly it all came apart.” Maintaining unity means striving to heal divisions, but may also mean persisting—as the characters of Difficult Women do—in a world that feels on the verge of breaking apart.

Elizabeth Blackford is a writer and visual artist living in Columbus, Ohio. Her work has appeared in Lungfull! Magazine. 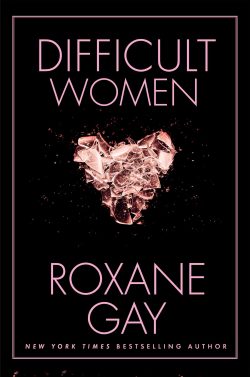