The Journal editors are delighted to announce the 2012 contest winners in fiction, nonfiction, and poetry! The winning story, essay, and poem will appear in issue 37.1, our Winter 2013 issue, available in January 2013. 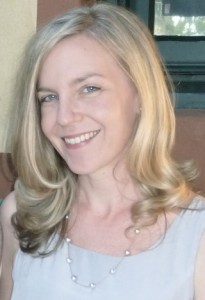 Leslie is a graduate of the Iowa Writers’ Workshop. Her stories have appeared in The Missouri Review, Cream City Review, Indiana Review, Virginia Quarterly Review, and The PEN/O. Henry Prize Stories. She was recently the writer-in-residence at the Jack Kerouac House in Florida.

This was a tough contest to judge, but in the end I couldn’t choose any winner but “Old Pretty.” It’s a simple story—one summer afternoon, two young sisters go swimming together at a city pool, still reeling from their father’s abandonment and the subsequent loss of their mother to grief. The narrator, from a point in the future, tells us how, that day, she gave into selfishness and cruelty, via a story suffused with both the whimsical minutiae of girlhood and a mature mind’s regret. What makes the story truly exceptional is its language. After her sister’s hair falls out, the narrator “was finding clumps around the bathtub drain, in static tantrums on the pillowcase.” After a slap, the narrator heads to the bathroom, “my cheek fizzing-hot and neon scribbles in my eyes.” This is highly literary writing—which is not automatically of benefit to every story. But here the beautiful, odd, fussed-over prose suggests a hard truth: that our narrator, like many of us, so needs her family that even her old and painful memories of it have, in time, become precious treasures. 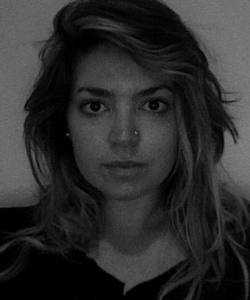 Suzanne Richardson earned her MFA at the University of New Mexico. She currently lives in Utica, New York where she is an Assistant Professor of Creative Nonfiction at Utica College. Her work has appeared in New Ohio Review, New Haven Review, Blood Orange Review, Front Porch, and MAYDAY Magazine. It is forthcoming in High Desert Journal and Southern Humanities Review. Find more of her writing at: www-suzannerichardsonwrites.tumblr.com/.

“Oh, Niagara!” takes on, at first, what seems to be a small and innocuous event—a trip with the narrator and her parents—and gradually unfolds the trip’s scenes in a nonlinear fashion that encloses larger themes and concerns. The reflection is particularly beautiful, and although the essay touches on familiar topics of family, anxiety, love, and the unknown future, it steers away from the sentimental and toward the surprising at every turn. I found myself captivated by the writer’s ability to weave in research and to use these facts judiciously and meaningfully in service of the essay. The suspense and surprise of this essay originates in the writer’s consciousness and her direct and trustworthy voice, both of which propel the reader through the pages and into scenes that reach into moments of vulnerability that ring true to life. 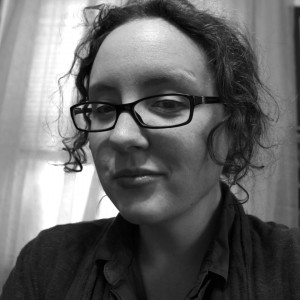 Emilia Phillips received her MFA at Virginia Commonwealth University and serves as the associate literary editor of Blackbird. Her poetry has appeared in many journals including AGNI, Hayden’s Ferry Review, and The Kenyon Review. She recently completed her first manuscript Signaletics in which “In vacuo, Universal Studios” appears.

“In vacuo, Universal Studios” makes of the most prosaic experience—standing in line at the eponymous attraction—an ecclesiological event: if not an act of worship outright, then a prelude to worship, to a worship that may in fact never occur (“We begin in line. We end there.”). Breaking gently through the texture of experience is an incipient elegy for the speaker’s father, in whose “temple, / in the heat, a vein is swollen,” a being who “sweats / through his clothes.” Love resides “at terminus,” but in this poem “terminus” is a place the human, shuffling forward along Zeno’s benighted paradox, may never reach.

Thank you to everyone who submitted to our 2012 contests!

Alex Fabrizio is an MFA candidate in poetry at The Ohio State University and is originally from Florida. Her most recent work has appeared in Subtropics, The Los Angeles Review, West Branch, and elsewhere. She is the managing editor of The Journal.