David E. Yee is an Asian American writer whose work has appeared in American Short Fiction, AGNI Online, Seneca Review, Gulf Coast Online, and elsewhere. In 2017, he won the New Ohio Review Fiction Contest, judged by Colm Tóibín, as well as the Press 53 Flash Contest judged by Jeffrey Condran. He is based in Columbus, OH, where he works as a bartender, and is a graduate of OSU’s MFA program. He spoke with our Associate Reviews & Interviews Editor, Nikki Barnhart, about his first collection of stories, Mongolian Horse, published this summer with Black Lawrence Press.

There’s so much musicality in this collection—references from the Beach Boys, to the Smashing Pumpkins, to the McDonald’s jingle are tangled into the stories, but there’s also music in the sheer language itself, the rhythmic prose throughout. I’m curious about your personal relationship to music—are you yourself a musician, past or present? How much does listening to music play a part in your inspiration or process?

Music was my introduction to art. I grew up in orchestra, transitioned into bands as a teen, played in jazz bands in college. I associate a lot of wonder and pain with music. Also, I try to focus on all five senses when writing, and noise is so commonly overlooked. Songs carry intrinsic weight when coupled with a moment in your life. I like recreating that in a narrative. I am also someone that doesn’t write in a vacuum. I prefer a busy room which I’m blotting out with music. Certain albums or artists help recreate a mood for me, and when I’m working on a particular piece, I’ll only listen to those works to stay locked in that mode.

Besides music, what would you say are some of your other influences? Did any specific writers or works help you form your own voice, or are there any that you feel in conversation with?

Stylistically, my biggest influences are Stuart Dybek, Toni Morrison, and ZZ Packer. There is a beautiful rhythm to their prose. Dybek and Packer—this collection is definitely informed by their style of short story. I could list a hundred short story writers I admire, but these two are the voices in literature who I feel I strive to be nearer to. I don’t know if there is a writer I worship on a line-by-line level as much as Toni Morrison. I can attribute learning how to tame the more unwieldy parts of working in first-person to reading Kazuo Ishiguro.

Most of the stories in Mongolian Horse take place in Maryland, where you’re from—a Maryland that feels at once sharp and visceral, but also hazy and distant. They feel almost nostalgic, but I hesitate to call them that because they seem to occupy that narrow space of wistful recollection without necessarily a desire for return. How did writing these stories affect your relationship with Maryland as a place both in the world, and in your mind and memory?

Maryland is a large part of who I am, even though I didn’t realize that until I moved to Columbus. I didn’t find value in knowing how to navigate a place without a map until that ability was no longer viable because of my relocation. Every part of Maryland has a memory attached to it. It’s such a compact place, and I could drive around and be reminded of my entire adult life constantly. Leaving felt like closing a chapter, and having a bit of finality made it easier to write toward those memories.

When you’re writing a story, what usually comes first—the imagery, the voice, or the language? Each of these elements are equally prominent in every one of these stories.

To be honest, it’s a bit of a dubious process. Typically there’s an overarching idea that brings me to the page, but I’m always hesitant to write an “idea story” so I try and smash it into a character/circumstance that is also somewhere else in my mind. Sometimes I’ll write from an individual line until it fails or finds ground. Or I’ll have a circumstance and I’ll write toward it. Sometimes the whole thing is amorphous and I have to hack away at it to make it work. Sometimes the only changes I make are on a line level. I try not to overanalyze myself. I want the work to be fun.

In your acknowledgements you say, “I was never a person who was in love with writing. I wrote because I felt trapped, wanting to create but having no outlet.” Can you speak a bit more about that and your journey to becoming a writer?

I’ve always loved stories. I grew up with books. It was one of my favorite ways to pass time in a part of my life when I had very little. But I didn’t start writing with any volume until my band broke up. I sacrificed a lot of relationships for music. I worked in an office and four days a week after work, I’d go straight to band practice, play shows on the weekend, then eat/sleep/repeat. When my band ended, I was just working in an office 45 hours a week with a bunch of very fragile friendships. I didn’t have a creative outlet, and writing felt like a safe way to be imaginative without having to rely on others. And I needed something else to pour myself into. I was already getting ready to go back to college and decided to go for English because of that. But I’m not someone who wanted to be a writer in that modern sense of devoting every minute to the craft. Writing has been a way for me to translate and understand my life. Those years of grad school when it was all-consuming really changed my relationship with it, but the education I received was worth it. I think I was also feeling some kind of woe and longing when I wrote those acknowledgements. Who knows.

Food is another common link in this collection, from fast-food joints, to bakery jobs. Was this a conscious motif?

I focus a lot on sensory details and mundanities in my work. I find a lot of very plain aspects of living to be quite meaningful. Because of that, my stories very rarely have too much wonder or strangeness forced into the world of the character. Especially in this collection with the motifs being small moments in a character’s life that had more meaning than they realized—many of the plot aspects of the story are centered in what would otherwise be very average parts of a routine. We eat a lot.

Can you talk about the process of this particular group of stories coming together as a collection? When did you start to see a connection? Did you write any stories in response to the patterns you noticed yourself working in? What do you see as the ligaments of this collection?

These stories are the bulk of my work from 2012-2017. I found a voice that I set as a boundary and tried to explore different avenues of it. I wasn’t really working on them to be a collection, but was enjoying exploring this particular style. Hung Do’s Kung Fu was the first piece. It was the first time I allowed myself to write an Asian American character which later became another repeated theme. That story feels very close and raw in a way that rereading makes me squirm a little. Donut Man was the last piece I wrote here, and there is a lot more armor being built around the perspective. There are definitely similar shapes to many of these stories with varied breadth being used to accomplish the narrative. My focus became how the shape of these stories can inform the truth of the character.

Can you tell us how “Mongolian Horse,” the last story in the collection, ended up being its title? How do you feel it encapsulates the rest of the works within?

Because I write primarily in first person, many of these stories are in the format of a narrator worrying a memory. The work of the story is the digestion of this memory by the character and how it helps them arrive at a moment of change and truth. This is typically a bit underplayed in some of these narratives, but in Mongolian Horse it is the exact purpose of the character. It’s the story in the collection where the theme and the voice really are the most paralleled. The image of the Mongolian horse—a near-forgotten animal that has great importance—lines up thematically with the rest of the stories. I was very inspired by ZZ Packer on this. The line that her collection is named after (Drinking Coffee Elsewhere) reads so nonchalant but has an immense amount of gravity for the entire book.

Mongolian Horse is available for purchase through Black Lawrence Press.

Nikki Barnhart is an MFA candidate in fiction at The Ohio State University. Her work has appeared in Juked, The Rumpus, Barnstorm, and elsewhere. 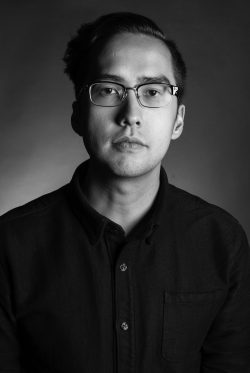