I used to work in a children’s library. The best part my year there was helping to create the Summer Reading Game, which was meant to teach young readers how to use library resources, talk about books they read, and get people to give them stickers. (My highest achievement, I think, was the medieval-themed year. It’s nice to know you’ve taught a generation of elementary schoolers the Dewey decimal number for dragons.) I’m going to attribute to eight summers of Summer Reading Games the fact that I always feel better if my summer reading has a theme. This year I went with historical fiction, partly in honor of the transporting power of books, which is a pretty important principle of children’s libraries, and partly because this is how I acquire a (potentially alarming) lot of my historical knowledge.

It makes sense that when writers write about history, they often focus on the power of writing and books in determining what the meaning and significance of events will be, but I was still surprised at how consistently these issues popped up across these novels. It was just as interesting how often the writers I read were keen critics of placing too much faith in these texts—that doing so risks being fetishistic, divorced from reality, at best incomplete. Other than that, I would say the big theme to emerge was that history has been pretty sad so far.

A lot of these had been on my to-read list for a while, and certainly speak for themselves without my recommendation, but I’m going to go ahead anyway and strongly urge checking out any and all of the below you haven’t read.

Jazz is about the murder of a young woman in New York City in the ‘20s. The novel traces the early lives of the main characters back in time through the Great Migration. There’s no reason to read my thoughts about the novel’s astounding construction and its relationship to music when Morrison’s are available online, but one thing that blew me away while I was reading was Morrison’s description of living in a city. I get the sense when reading a lot of writing about cities (and parties, for whatever reason) that it’s difficult subject matter to write about without sounding a little vague and unhelpfully romantic. But besides capturing the visceral experience of moving through a city, Jazz conveys so much about what contemporary cities mean, historically and socially, all without the setting eclipsing the characters in a relatively compact novel.

In his introduction to the Vintage edition of Iceland’s Bell, Adam Haslett points out that the lack of psychological interiority in the novel sounds like (and can be) an obstacle to contemporary readers. But a lot of what I loved about the book was how frequently Laxness did things that sound like pretty bad ideas (a long passage in the middle of the novel in which two characters summarize what has happened so far, sudden switches between the past and present tense) in mesmerizing ways. It was kind of thrilling to read something so unconventional and so successful—a nice reminder of how plastic fiction is. The plot is vast and hard to summarize, but it centers around an effort to preserve the ancient books of Iceland under Danish imperial rule in the seventeenth century, and its debate on the absolute value of books that has lodged itself in the back of my mind in a major way. Additionally, there are trolls.

A Visit from the Goon Squad by Jennifer Egan

Beyond the fact that the stories move a few decades back in time, the title of the collection refers to the passage of time and there are several stories in which the specific moment in rock music Egan puts us in is key, so I’m calling this theme-compliant, if not exactly historical fiction. I think I’m still learning how to read collections of linked stories, because I did ultimately feel like I’d been prematurely dismissed at the end of the novel, but perhaps this was in part because there’s so much delightful stuff here. I liked the equivalence between the past and future as the narrative skips around time. It’s gutsy, calling attention to the way in which historical fiction can be just as fantastical and about-the-present as speculative futures, but also weirdly comforting in the reassurance it offers that there will be a future, that the past surely must have felt very uncertain and frightening at times, too.

I’ve been meaning to read this fictional account of the plot to assassinate JFK since a period of really intense Kennedy obsession junior year of high school. As much as I admired the novel, I’d offer the caveat that reading about the use of paranoia to justify evil and the far-reaching impact of clandestine plots shaped by paranoid men, it’s easy to feel like your mind is turning into an ouroboros who’s had way too much coffee and never wants to read the news again. But the meditation on the power of text creating history is complicated and well worth the read. (For a quick “oh, what a difference twenty-five years makes!” reverence comparison, pair with X-Men: Days of Future Past’s reimagining of JFK’s assassination.)

The Bible: A Biography by Karen Armstrong

Armstrong moves through an astounding amount of material and time (beginning roughly 1200 BCE) in this book about the development of the canonical sacred texts of modern Judaism and Christianity. However, there’s a lot about the methodology that you’d have to dig into material cited in the endnotes to learn, which is a little frustrating. I don’t suspect Armstrong’s methods, but am intrigued to know how historians do draw conclusions about the attitudes with which people would have read a book, millennia ago.

I also watched many, many episodes of Murder, She Wrote. I would argue that, overall, it holds up. 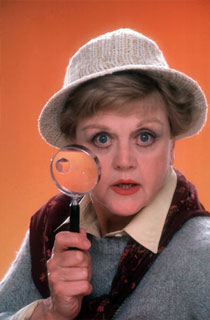 Gwen Cullen is an associate fiction editor at The Journal.