Richard Kostelanetz’s epistolary postcard series Remembering Rockaways is about the in between. Rendered in grayscale washed by muted colors, a soft pixilation fragmenting the view, these images hover somewhere between photograph and illustration. Though they depict particular scenes, each postcard nonetheless refuses to be firmly placed, the play between text and image working in the slippery line between found and created art.

The Rockaways itself is a space between worlds—a spit of land flung out off the southern tip of Long Island but part of the borough of Queens, a beach and marsh-lined peninsula in the city proper, reachable by the New York City subway. A one-time vacation destination for the city’s middle class, the area has since gone through cycles of poverty and neglect only to return to a slow, recent re-gentrification, attracting young Brooklynites and summer surfers.

Kostelanetz, an artist-of-all-trades and lifelong New Yorker, has ties to the area and has been collecting historical Rockaways postcards for nearly fifteen years. The text accompanying these scenes addresses the us with an imagined voice from a vague and distant past, inviting us to feel a nostalgia without a referent and to share a feeling of homesickness for something this is both longed for and imagined. 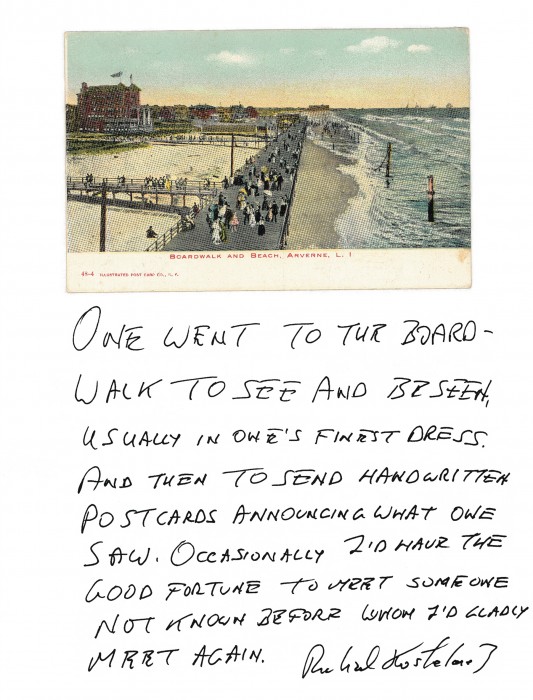 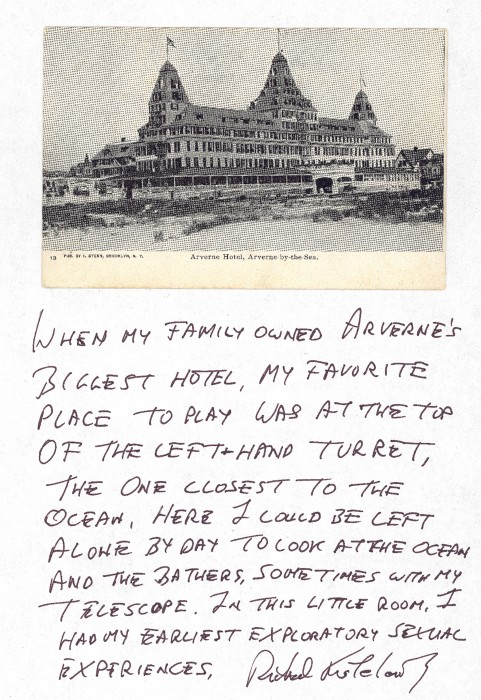 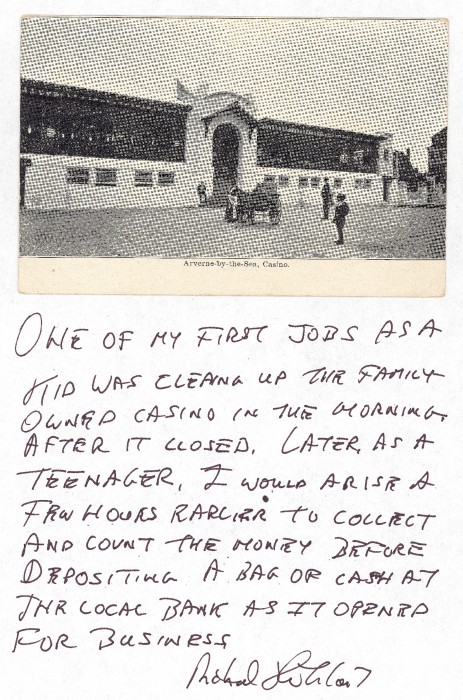 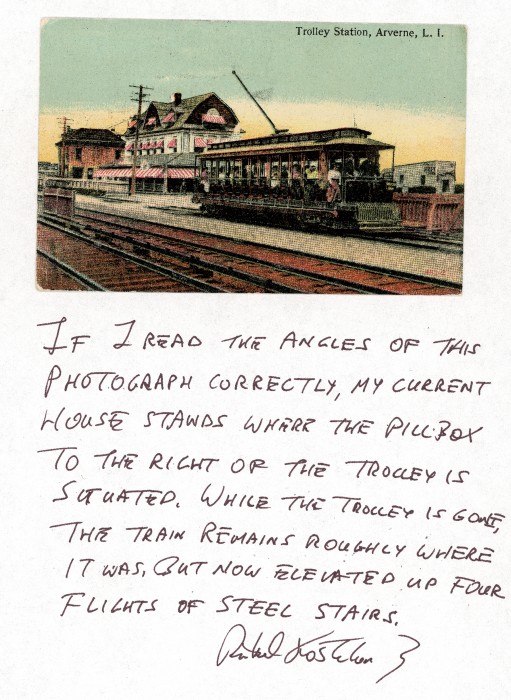 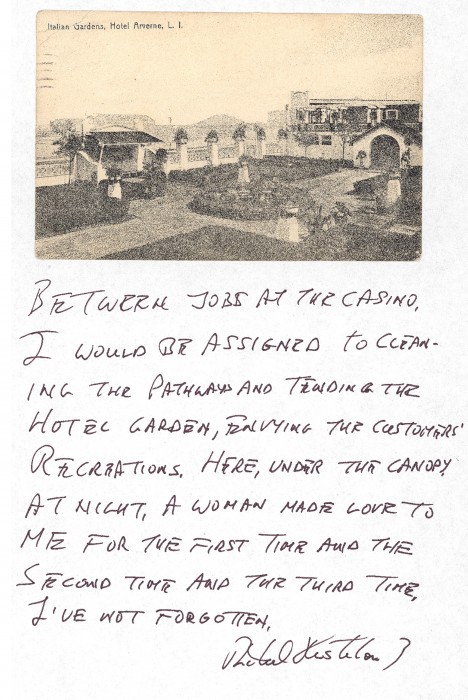 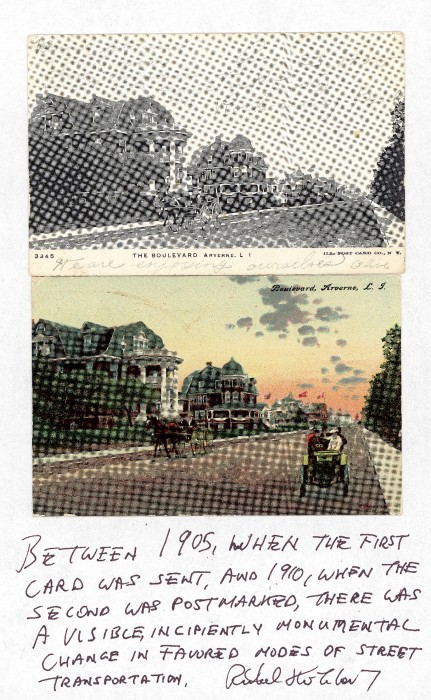 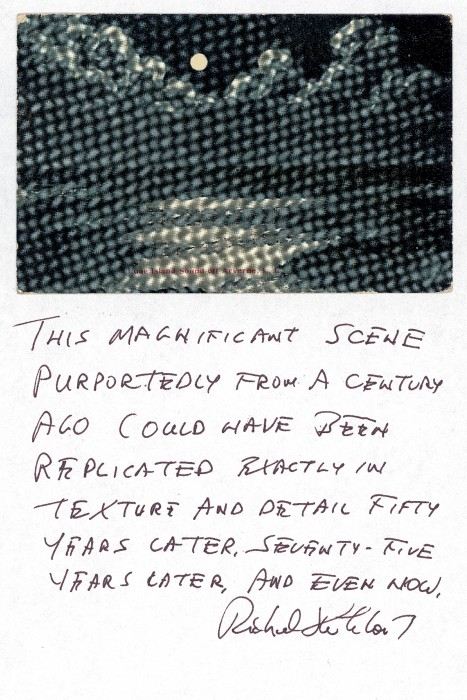