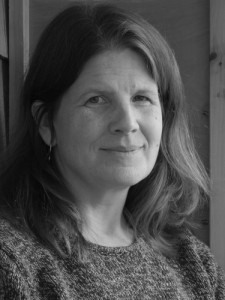 The Journal is excited to announce that the winner of the 2014 Wheeler Prize in Poetry is Talvikki Ansel for her third collection of poems, Somewhere in Space, due out this fall with The Ohio State University Press. She is the author of the Yale Younger Poets selection, My Shining Archipelago, and Jetty and Other Poems. A former Stegner fellow and recipient of a residency from the Lannan Foundation, Ansel has published widely in venues such as Poetry, Blackbird, The Atlantic, and The New Republic. She lives in Rhode Island.

Many congratulations to our nine wonderful finalists:

More than 550 manuscripts were submitted for this year’s competition, and we would like to thank everyone who participated. The quality of submissions was extremely high, and the screeners worked hard and with considerable pleasure. Kathy Fagan was the final judge. For further information about The Ohio State University Press/The Journal Award and The Charles B. Wheeler Prize, see The Ohio State Press.

Submissions for next year’s Wheeler Prize in Poetry will open in September 2015. For submission guidelines, please visit http://english.osu.edu/creative-writing/journal/charles-b-wheeler-prize.

Rebecca Turkewitz is an MFA candidate in fiction at The Ohio State University and the managing editor for The Journal. Her humor writing has appeared in The New Yorker.