You rent a squat in a building without a date.
The street has been flooded forty times—
this is the story people tell, but people,
they themselves have no dates. The church
kept them once but when the church became
poor like all good revolutionaries must,
the church forgot the dates. The formica
on the floor changes the patterns where walls
were but mostly the walls are stained
a dark red with the dye of the earth
off the streets. From this road, the house
on the hill is white as a sepulcher—up
there, el pueblo say, they have dates,
two massive high-ceilinged rooms
filled with dusty leather books,
and the remnants of the ancestors, those who
kept their African names and danced
around the spirits’ pole, they are
in the ledgers with dates. The people, they
do not keep dates, though this apartment
is a hundred years old, and smells of
bodies that have lived through the history
of a nation that has broken and remade
itself. But who knows these things?
Time is kept in a box that does not
remember dates. It is always full
of light, it always remembers now.

Born in Ghana, Kwame Dawes spent most of his childhood in Jamaica. Dawes currently serves as the Glenna Luschei Editor of Prairie Schooner and Chancellor’s Professor of English at the University of Nebraska-Lincoln. Dawes is the author of twenty-one books of poetry and numerous books of fiction, criticism, and essays. His most recent collection of poems is City of Bones: A Testament (2017). His other books include Speak from Here to There (2016), a collection of poems co-written with Australian poet John Kinsella, and Bob Marley: Lyrical Genius (2007), which remains the most authoritative study of the lyrics of Bob Marley. Dawes is a founder and director of the African Poetry Book Fund and co-founder and director of the Calabash International Literary Festival. Dawes’s awards include an Emmy, a Webby, the Forward Prize for Poetry for his first book, Progeny of Air (1994), a Pushcart Prize, and a Guggenheim fellowship. In 2004, he received the Musgrave Silver Medal for contribution to the arts in Jamaica. In 2017, Dawes was elected to the Board of Chancellors of the Academy of American Poets. 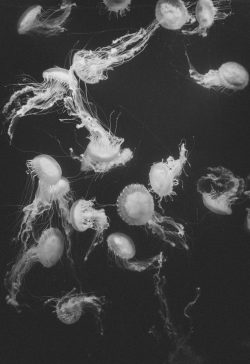